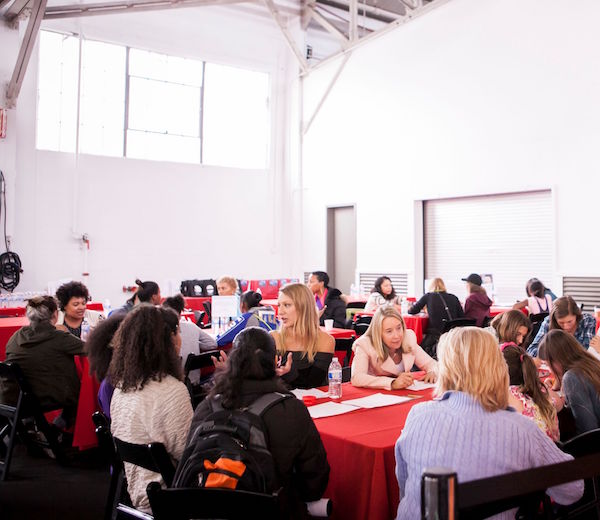 The Career Center offered an incredible line-up of women and girls working hard and making a difference across a host of fields. Girls could hear stories about their career paths and experiences in the fields of arts & entertainment, entrepreneurship, advocacy/social change, and STEM and had an opportunity to connect with the panelist of their choice in an intimate one-on-one mentoring session following each panel. 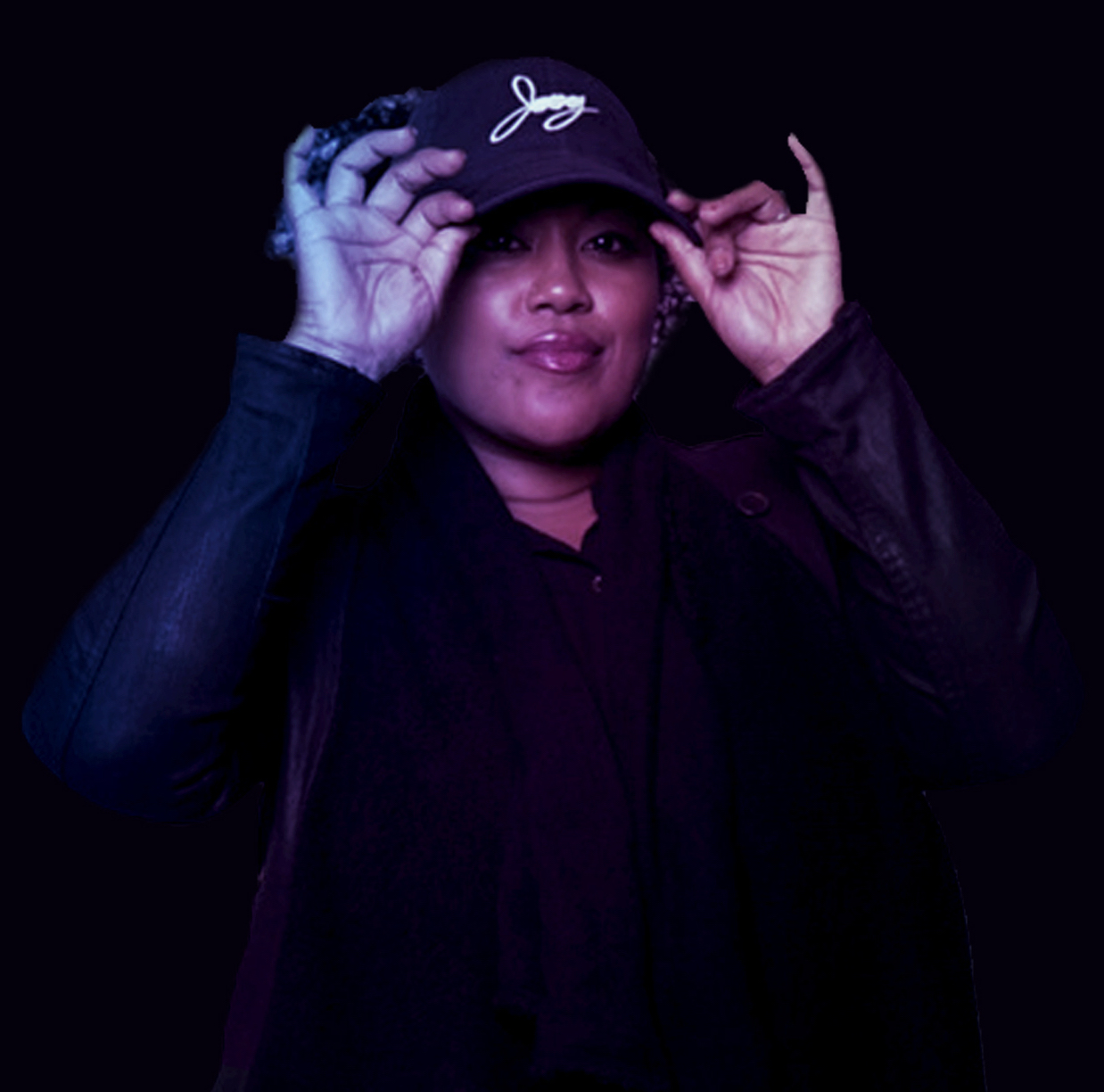 Lady Ray, 106.1 KMEL Personality
Lady Ray, Bay Area native, has spent 16 years in the media industry holding roles in production as the 106.1 KMEL Morning Show Producer, Co-Host and Main Host on 106.1 KMEL and various iHeartRadio stations. She is also the Community Affairs Director for iHeartMedia San Francisco where her passion for the community is reflected in her everyday commitment to her work with non-profit organizations helping to uplift underserved communities. Catch her Monday to Friday helping you get through traffic with her reports on the Sana G Morning Show, as well as Saturday Mornings from 8am-11am on 106.1 KMEL. 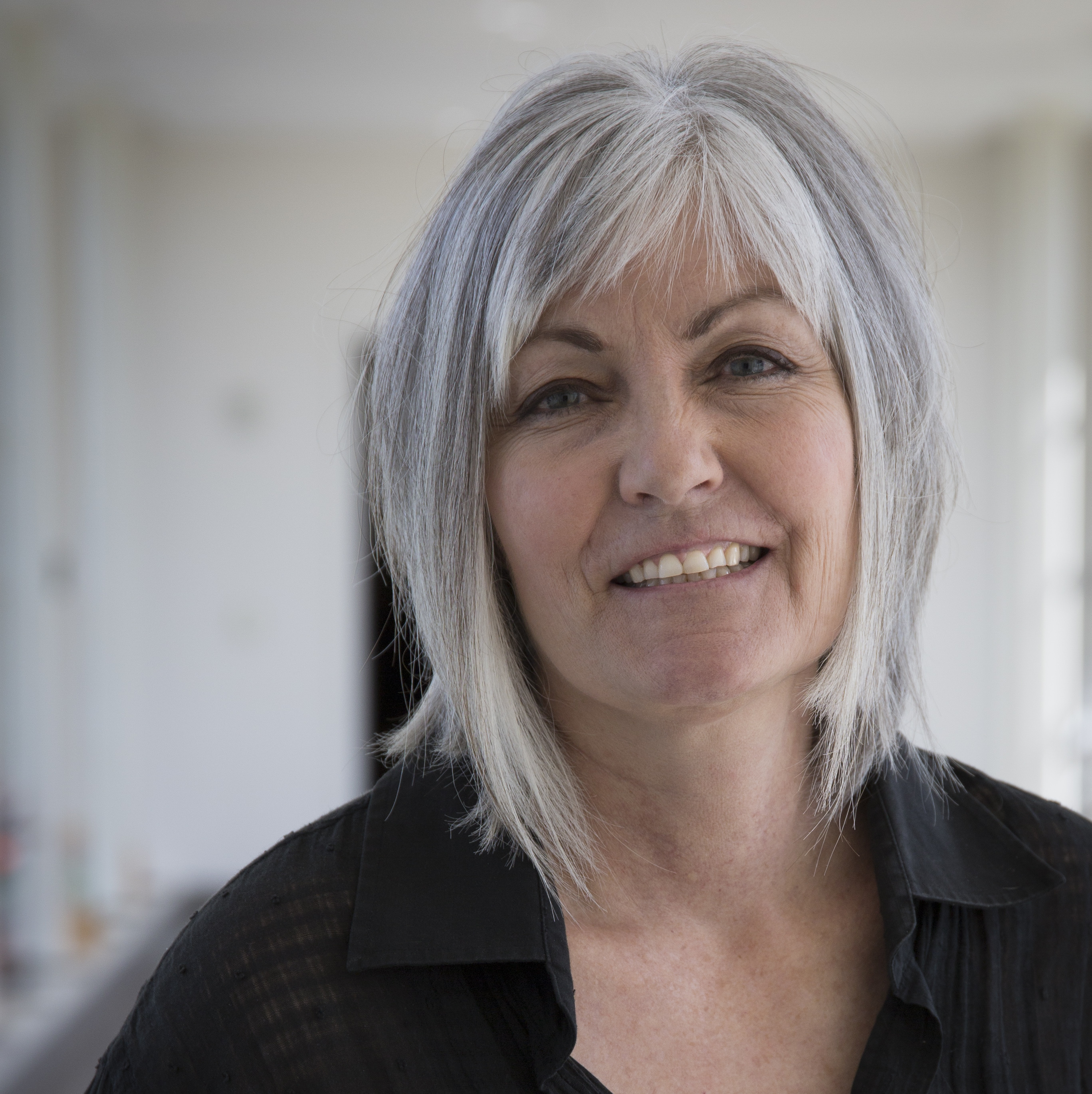 Jean Bolte started as a Model Maker using ILM’s groundbreaking “morph” technology. Having also worked at Jim Henson Productions and as well as heading a small effects company in London, she established a reputation for creating realistic animal models, costumes, and make-up for both American and British television and film. Her projects include The Lion, The Witch & The Wardrobe; Greystoke; The Princess Bride; Star Wars prequels; Men In Black; Iron Man; and Transformers: The Last Knight. 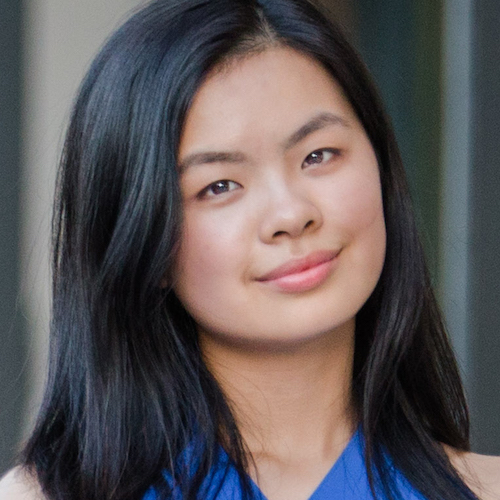 Angela Lan is a 17-year-old fashion designer, lifestyle blogger, and author from Northern California. At 14 years old, she published the teen sewing book "#OOTD Sew & Style: Make Your Dream Wardrobe with Angela." Angela has been featured in Silicon Valley Community Newspaper of San Jose Mercury News, American Girl's YouTube channel, National Geographic Learning, and other various media. She has presented and held book signing events in USA and Canada, and been a judge, mentor, and teacher to many young adult programs in the Bay Area. Through her blog LoveSpunk.com, Angela reaches teens worldwide, hoping to inspire others to follow their passion. Angela is currently a senior attending online high school. 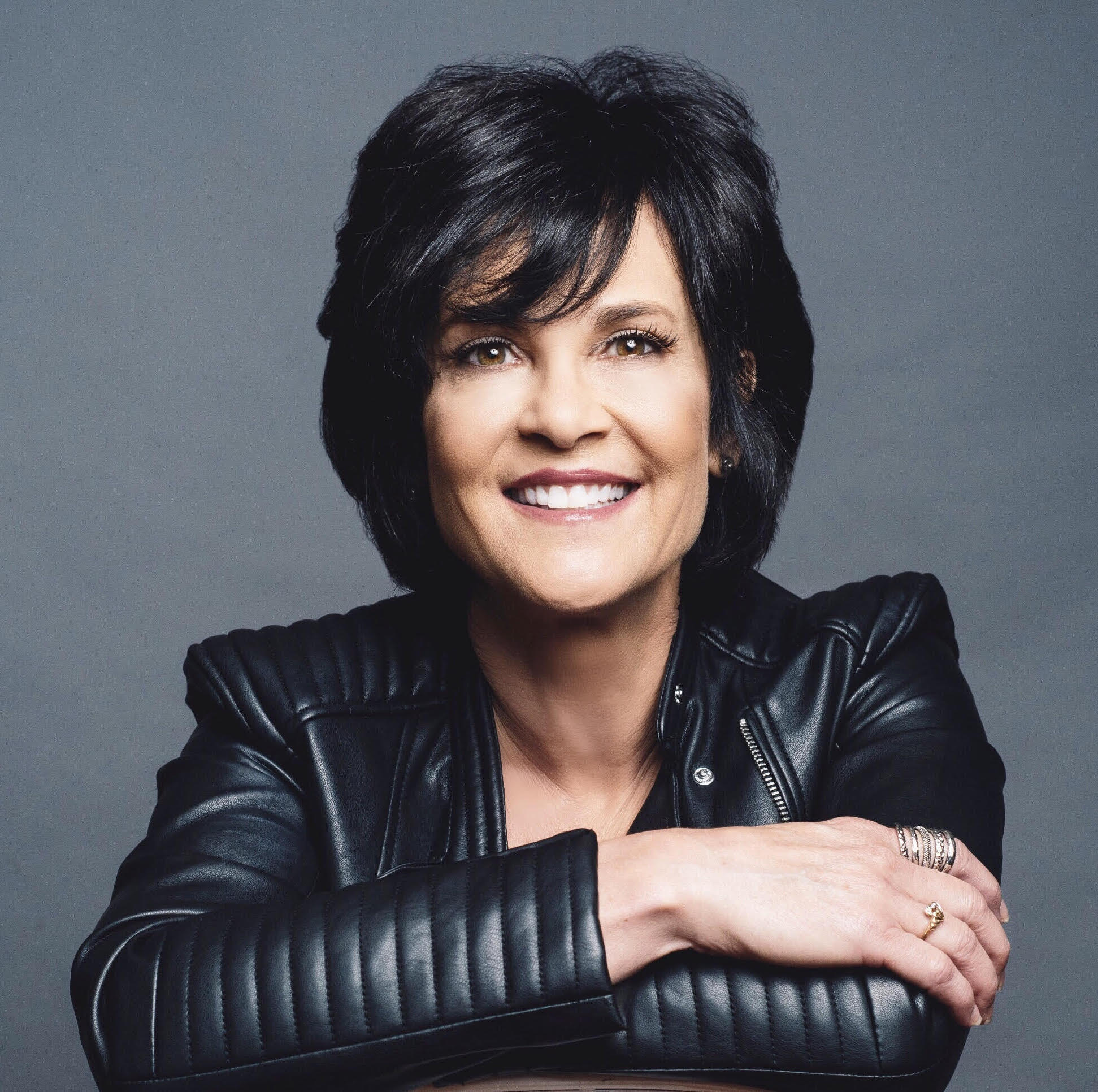 Debra Hopkins is the Founder of Breaking the Chains Foundation:

After receiving a full-ride college dance scholarship and continuing on to a successful dance career, Debra became a leading health and fitness expert with clients such as Royal Caribbean Cruise Line, Sony, Warner Brothers and other Time Warner Entities as well as a personal trainer to Hollywood elite. Inspired by dance and it’s healing elements, Debra founded her Los Angeles art-based nonprofit Breaking the Chains Foundation whose work is committed to providing unique innovative programming with purpose, passion and personal story using all forms of art to unmask the stigma around eating disorders, body-image relationships and related internal struggles by empowering over all mental health and wellness as well as strengthen the links of prevention and recovery. Her creative works have been featured in TZ Element Magazine, Whosay.com, Megan McCain’s Take Part Live, Glitter Magazine, Alexis Joy VIP, Good Celebrity, Maximo TV, I Am That Girl, and Say It Brave. 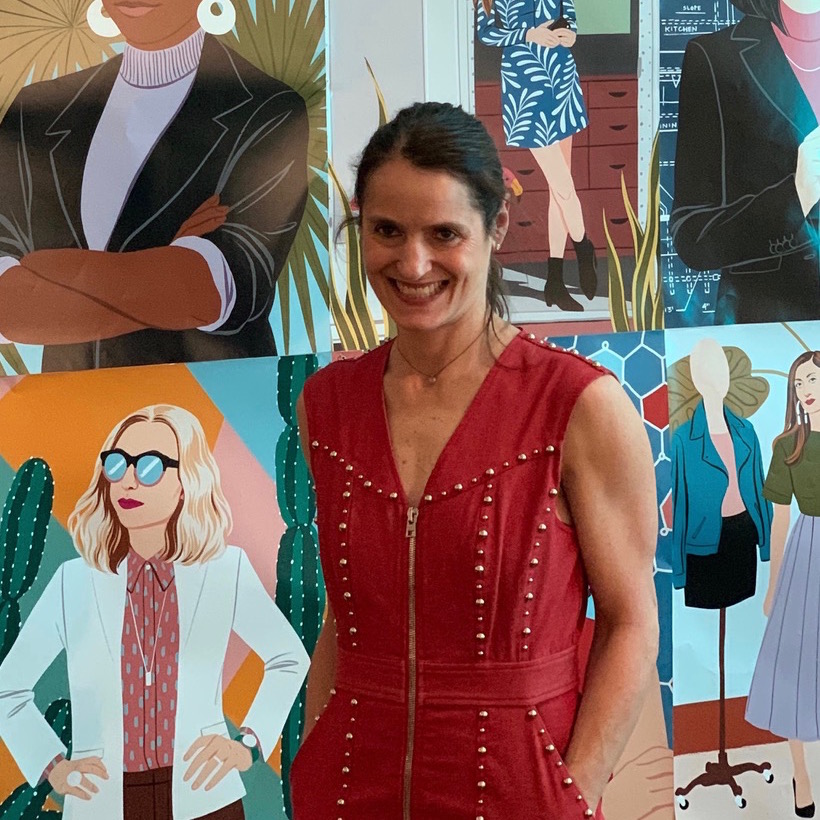 Diana Kapp, Journalist and the author of just-published Girls Who Run the World: 31 CEOs Who Mean Business

Diana is a San Francisco-based journalist and the author of just-published Girls Who Run the World: 31 CEOs Who Mean Business (Random House). Her work has taken her inside San Quentin prison and to Afghanistan. Her stories have appeared in the New York Times, Wall Street Journal, San Francisco Magazine, San Francisco Chronicle ELLE, Marie Claire, MORE Magazine, O the Oprah Magazine, California Sunday Magazine, Sunset, and ESPN. She holds an MBA from Stanford, has been running with the same 10 gals almost daily for two decades but feels she deserves her medal for raising three teenagers. 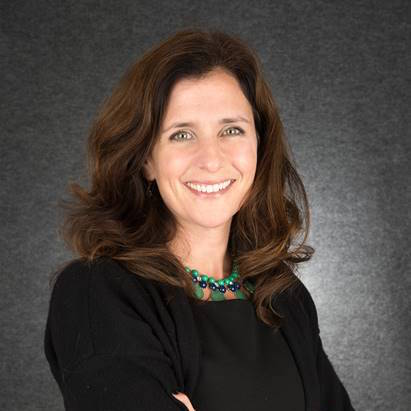 Kerry leads marketing, merchandising and operations at the wildly popular San Francisco-based shoe company, Rothy's. Inspired by its balance of technological innovation, artful design and commitment to sustainability, Kerry is proud to be part of a company growing a loyal, empowered community of female customers with its beloved everyday flat. Kerry is currently an entrepreneur-in-residence at Harvard Business School and on the board of directors at BevMo! She holds an MBA from Harvard University and an undergraduate degree in mechanical engineering from the University of Texas at Austin. 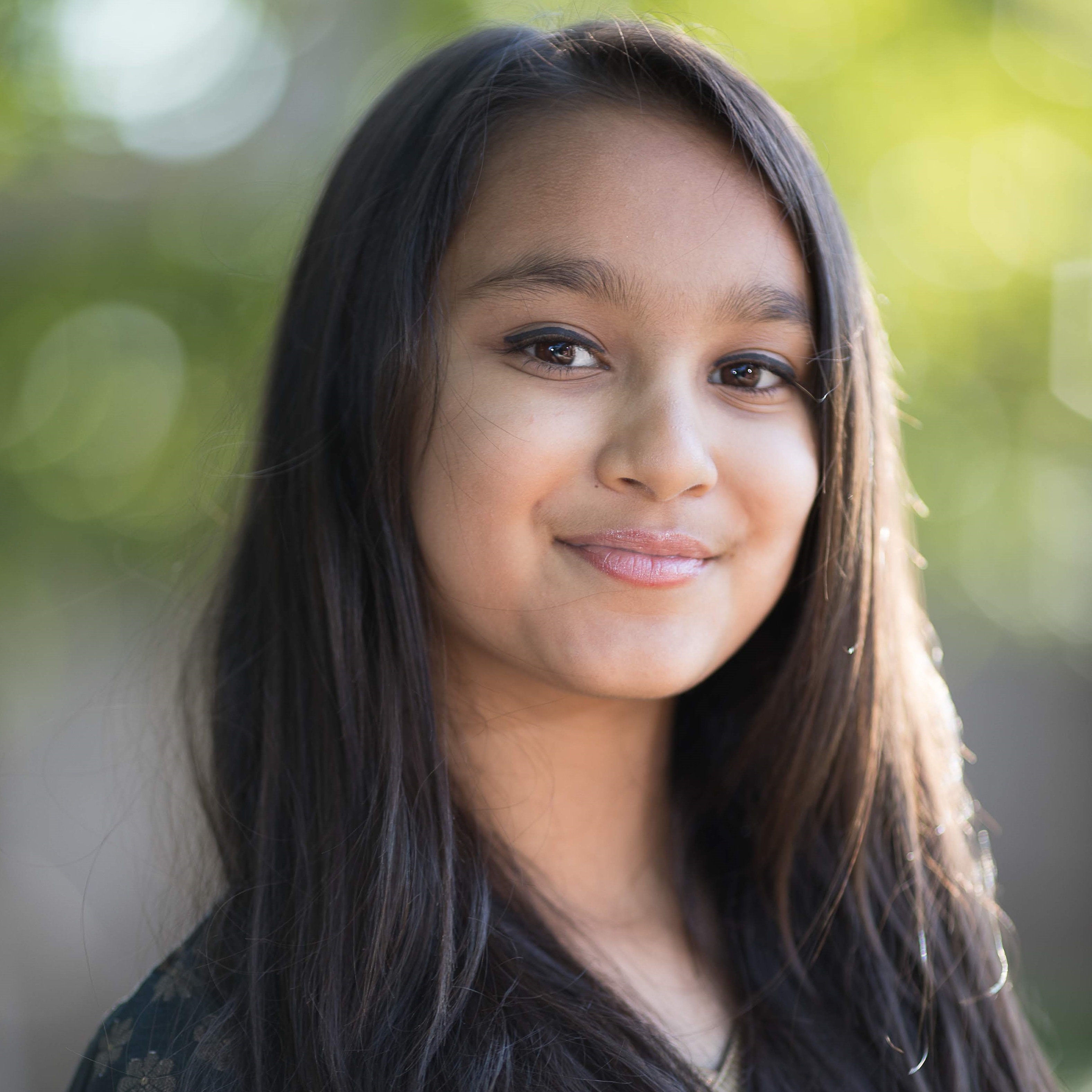 Samaira, 11 years-old, has been featured on the Today Show & CNBC while gracing the pages of Time Magazine & Vogue. She has won the Youth Entrepreneur Award and her initiative "Yes, One Billion Kids Can Code" is taking Silicon Valley by storm! She has been a speaker at over 50 conferences nationwide. She has held over 155 workshops that spotlight her board game and taught over 4800 kids to code. She received a letter from then First Lady Michelle Obama and was offered a job at Google. Her STEM initiative “Yes, One Billion Kids Can Code” is ambitious but that’s not her only goal. “I want to become President of the United States when I'm a little older. This position could give me a higher voice to do even greater things for our country.” 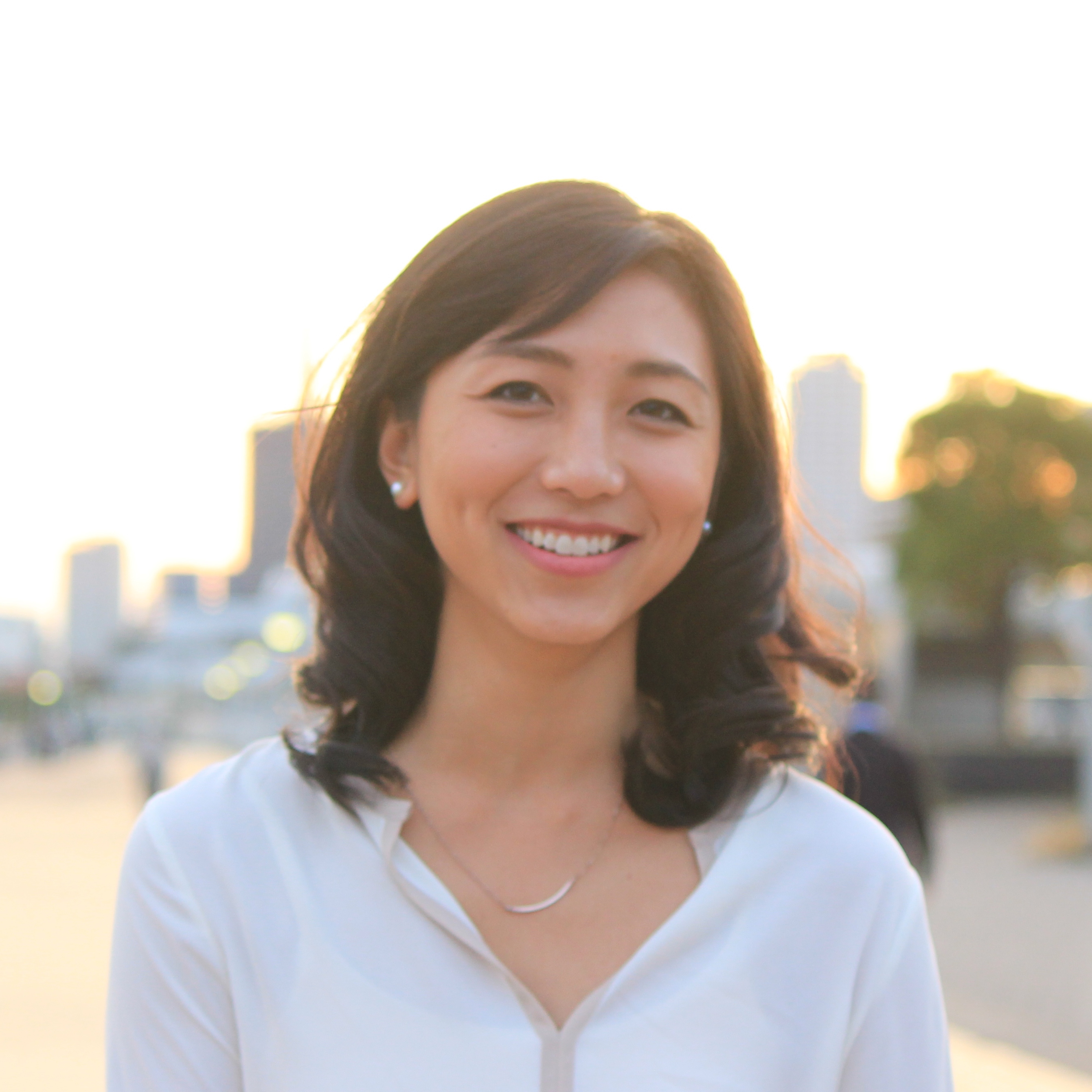 Joy started Mon Ami to help address isolation and loneliness in aging by matching seniors with college students who visit and help out. Prior, she worked for the World Health Organization's aging team in Japan, with a social enterprise in South Africa, and was on the health portfolio team at the Skoll Foundation.  She is an old soul and has been volunteering with older adults through dementia and hospice care since high school.  She has a BA and MBA from Stanford University. 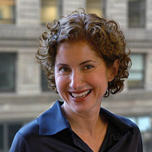 Barbara is a social entrepreneur and has 25+ years experience in the business world. Barbara founded SHE-CAN in 2011, a non-profit that that builds female leadership in post-conflict nations by engaging U.S. professionals who come together in teams of 5-6 to mentor a young woman from a post-conflict country in winning a U.S. college scholarship and launching her career as a leader at home. Barbara is a member of the Executive Council of Bpeace and the International Women’s Forum (IWF). She is a graduate of Florida State and Michigan State. 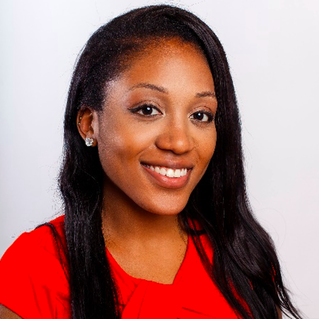 Chelsea is a Columbia University graduate and award-winning social entrepreneur who has addressed thousands in speaking engagements that include Madison Square Garden, Yale University, and the National Action Network’s Annual Convention. In 2016, she worked in the Obama White House on economic opportunity. She is the Co-Founder & CEO of Women Everywhere Believe, Inc., a national organization training women and girls of color to be civic and corporate leaders. In her work, Miller has collaborated with major brands such as the NBA and Essence Magazine. Her work has been recognized by elected officials and national organizations alike in the space of activism and social entrepreneurship. Chelsea was recently named 30 Under 30 Caribbean. 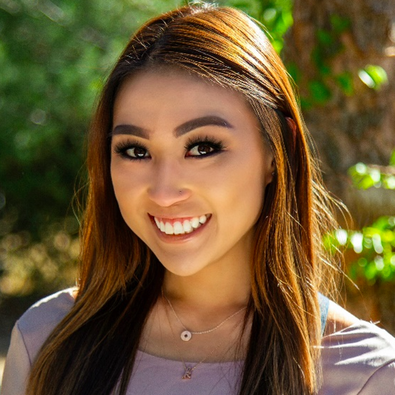 Kylene is a recent graduate from Fresno Pacific University and is a Strategic Communications Associate at the AIMS Center for Math and Science Education. When she was 12 years old, she founded The Kyndness4Kidz Project, which has assisted children displaced from their homes since 2008. Kylene is the founder and CEO of THE WILDFIRE EFFECT, an organization collaborating with both local and national agencies to reduce the confusion and challenges when navigating the mental health system. As an advocate for the empowerment and inclusion of youth voice in youth-oriented mental health designs, Kylene is a member of the Youth Innovation Project Planning Committee of the Mental Health Services Oversight and Accountability Commission for the state of California and the youngest member appointed to the Fresno County Behavioral Health Board. 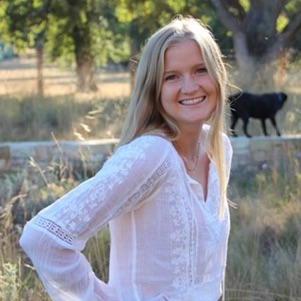 Brooke, 17 years-old, has dedicated much of her high school experience to promoting and advocating for gender equality. When she was 14, she co-founded a club called Girls Learn International at her school. Through GLI, she has held meetings on various gender and education inequality issues, held community service events with Days for Girls, spoken at MS Magazine fundraisers, and attended the United Nations' Commission on the Status of Women. At the CSW, she spoke on a panel about sexual violence on high school and college campuses, attended various panels and conferences held by delegates and NGOs, and created a project on international domestic violence. 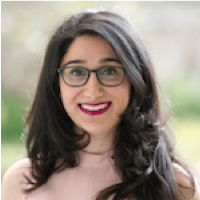 As a cybersecurity enthusiast, Negisa loves sharing with the world how security technology can help organizations protect against cyber-attacks. Negisa’s interests include encouraging young women to pursue STEM majors and careers, leadership and organizational culture. Negisa holds a Bachelor of Science in Business from California Polytechnic University San Luis Obispo and an MBA from Santa Clara University. 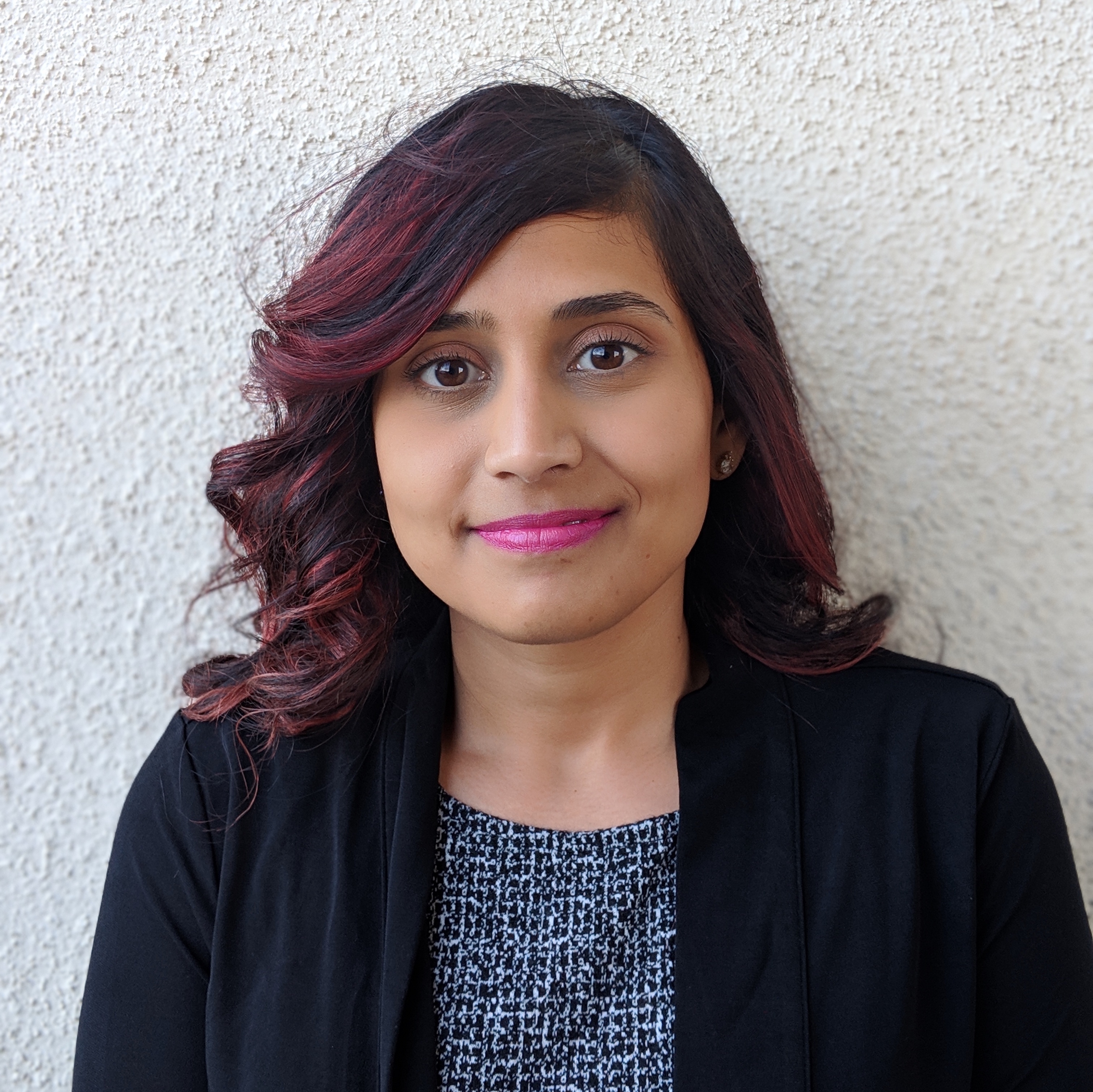 Ellie started my career at Stanford University as a bench and clinical scientist pioneering computer image analysis to further evaluate the effects of immunosuppressive medications on the outcome of pediatric kidney transplant patients. Eventually she moved to Genentech to develop computer image analysis for their ocular program within early and late stage research. Now at Gilead, she has been a part of their Nonclinical Safety group evaluating the toxicological effects of compounds for various therapeutic indications.  She is involved with their Women in Science program as well as other outreach programs promoting STEM throughout the community. 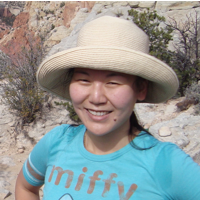 Shishi specializes in regions of the human genome that are difficult to analyze. She received her PhD in Mathematics from Duke University and trained at Los Alamos National Laboratory and the University of California, Berkeley. Throughout her career, she has been interested in questions at the intersection of mathematics and biology. Her research includes work on human immunodeficiency virus (HIV), influenza virus, and the genetics of the adaptive immune system. Outside of work, Shishi spends her time enjoying San Francisco with her husband and two children. 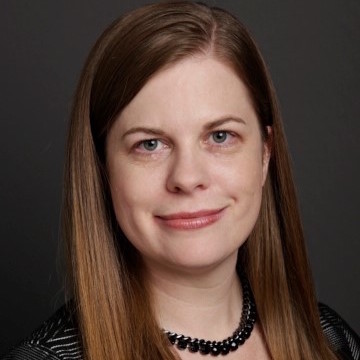 Mercedes is responsible for customer education strategy, including how we build knowledge, skills, and abilities with our users, so customers have successful business outcomes. With the Academic Alliances, Mercedes seeks to extend NetApp University’s broad data management and cloud technology education offerings to our communities globally through partnerships with colleges and universities. In addition, Mercedes champions a variety of strategic programs that touch leadership and development. As a member of the NetApp WIT Steering Committee, she is focused on broadening awareness and starting new conversations to transform our workplace.